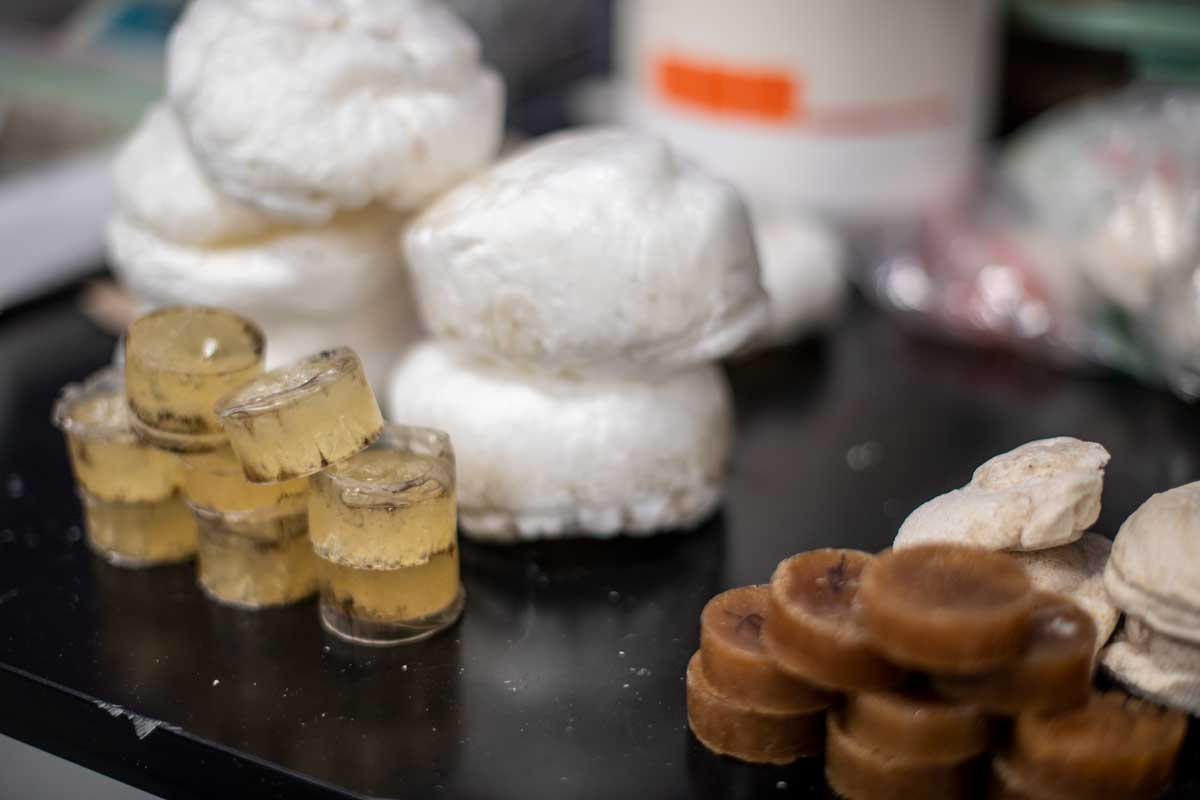 Researchers at the College of Engineering have developed a new building insulation product that is stronger, safer, and more sustainable than the conventional polyurethane-based products currently used.

Researchers at the College of Engineering have developed a new building insulation product that is stronger, safer, and more sustainable than the conventional polyurethane-based products currently used.

Current conventional insulation releases volatile compounds into the atmosphere, adversely contributing to the home or workplace environment as well as to climate change. Nandika D'Souza, UNT Regents Professor in the Department of Mechanical Engineering, and her lab received a $302,285 National Science Foundation grant in 2018 to help solve this problem.

The team found that by mixing corn-based polylactic acid with cellulose fibers and using supercritical carbon-dioxide, they were able to create a foam that was not only safer than the conventional insulation, but also compostable and energy efficient.

“PLA on its own was good, but we found it wasn’t as strong as the conventional insulation, so we came up with the idea of mixing cellulose in,” says D’Souza. “Cellulose is a degradable fiber and is often found as a waste in the paper industry, so not only is it stronger, but also is cheaper and easier to come by.”

The team collaborated with Weihuan Zhao, assistant professor in mechanical engineering, to run simulations of the product in UNT Engineering’s Zero Energy Lab, a facility designed specifically to test and demonstrate various alternative energy generation technologies in order to achieve a net-zero energy consumption of energy. Their results were eye-opening.

“The conventional foams are not environmentally-friendly and do not break down once they are no longer usable. They can stay in the environment for 1,000 years,” says Kayode Oluwabunmi, a doctoral student in D’Souza’s lab. “Our foams are 90 percent biodegradable within 50 days, which meets the ATSM and ISO standards.”

Despite its biodegradability, the foam lasts as long as the conventional insulation and had a 12 percent increase in heating and cooling.

“What I loved about this project is its ability to cross disciplines between construction and mechanical engineering,” says D’Souza. “At the college, we recently merged these two programs under one department, and I think this project really shows how integrated they are. Meeting two National Academy of Engineering grand challenges, the project uses carbon dioxide from carbon sequestration to improve and restore infrastructure.”

The results of D'Souza's work were published in in Scientific Reports.