Researchers at the University of North Texas and Indiana University are collaborating to communicate effectively about COVID-19 to one of the largest refugee groups in the U.S. — refugees of Myanmar, who are members of the Chin language community. Many do not speak either English or Burmese.

While translations of some materials are available – student members of the Chin Language Research Project at IU have been working to translate documents from the World Health Organization and other groups – much information isn’t readily accessible to members of the minority language community.

Berkson and Chelliah work with refugee populations from Southeast Asia who speak languages that are linguistically underrepresented, while Champlin’s research focuses on health literacy and health communications.

“The Chin community is getting information through the lens of the English language and through Western notions of health and wellness, sickness and cure,” Chelliah says. “We want to find out how messages on COVID spread are being received.  We want to see if we need to build a linguistic bridge between the message that was intended and how it was understood.”

Champlin explains that not every message will be received by every community. If a message doesn’t look culturally relevant, it might be overlooked.

“Many of the health visuals that go out to different communities look the same, and they’re not necessarily the most effective or relevant for specific audiences,” Champlin says. “For example, it may be that the way in which illnesses are transmitted is perceived in different ways across cultures, which should be reflected in the corresponding visuals. But we need to learn more about this.”

In addition to researching how to effectively communicate with the Chin community about COVID-19 and create better messaging for them, the team also hopes to develop methods that could work across many different minority language groups. They will design protocols for gathering data about health information in underserved communities and using it to design critical messages for them. Their project, recently funded by a National Science Foundation Rapid Response Research grant, also will collect linguistic data for researchers documenting languages of South and Southeast Asia through UNT’s Computational Resource for South Asian Languages (CoRSAL), a digital archive of source audio, video and text of minority languages.

“One of the things we don’t have in CoRSAL is a very specific kind of discussion on health and wellness,” Chelliah, director of CoRSAL, says.

Chin communities exist across the country, including in Lewisville, Texas, but the largest concentration in the U.S. is the roughly 25,000 Burmese refugees in Indiana, where Berkson leads the Chin Languages Research Team at IU in Bloomington. In the Chin community in Indianapolis, about 19,000 people speak a total of 20 to 40 Kuki-Chin languages. One of these languages, Hakha Lai, is akin to a universal language adapter.

“It’s the lingua franca, which means it’s used to communicate between groups who don’t necessarily share the same native language,” Berkson says. “We’ve been told that about half of the people in the community speak Hakha Lai, and it has a widely used writing system.”

The Chin community is tight-knit and — especially in the time of COVID-19 — maintains connections online, often sharing cultural and religious services virtually. These connections will be key in helping student researchers conduct video interviews via Zoom. Chelliah and Champlin along with a team of UNT students are developing online training for the students on methods for conducting the interviews about health and COVID-19.

Berkson’s students have experience conducting personal interviews, but they have not been focused on health and the types of emotionally charged information researchers expect to collect in this study. Different considerations also will have to be made for conducting interviews through videoconferencing.

After the data is collected and analyzed, Champlin and her advertising students will develop visual materials for the Chin community. Linguistic information will be entered into CoRSAL as it is collected. The final step will be developing best practices for doing similar work with other minority language groups for health crises in the future, especially during time-sensitive scenarios. Chelliah foresees her students taking portfolio and independent study courses to participate in the project.

“Our undergraduate students are interested in doing work that matters. There’s no reason why all our courses can’t have aspects of service learning,” Chelliah says. “Language documentation definitely lends itself to that.”

The grant will fund stipends for Berkson’s students to collect data and allow Champlin to hire a student designer.

“This work will be meaningful for a student’s portfolio and beyond,” Champlin says. “Their work can help the community and potentially open doors to support other communities as well.” 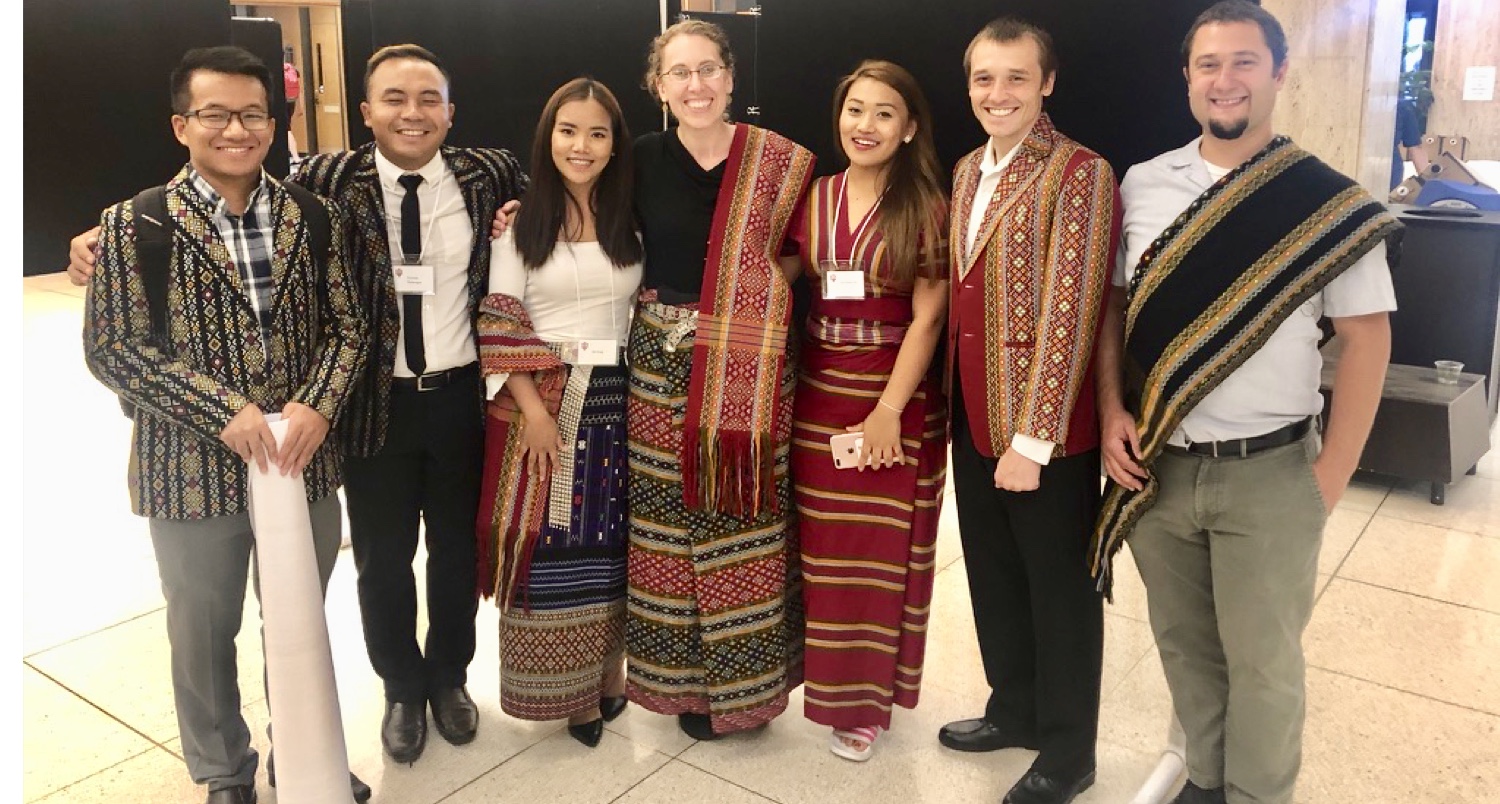