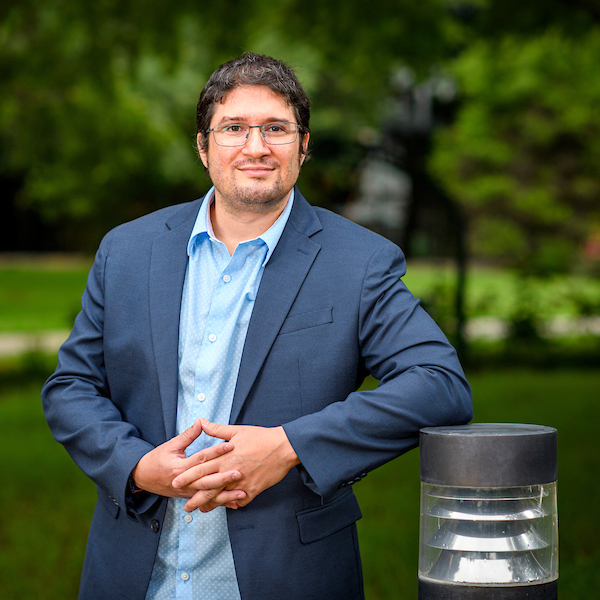 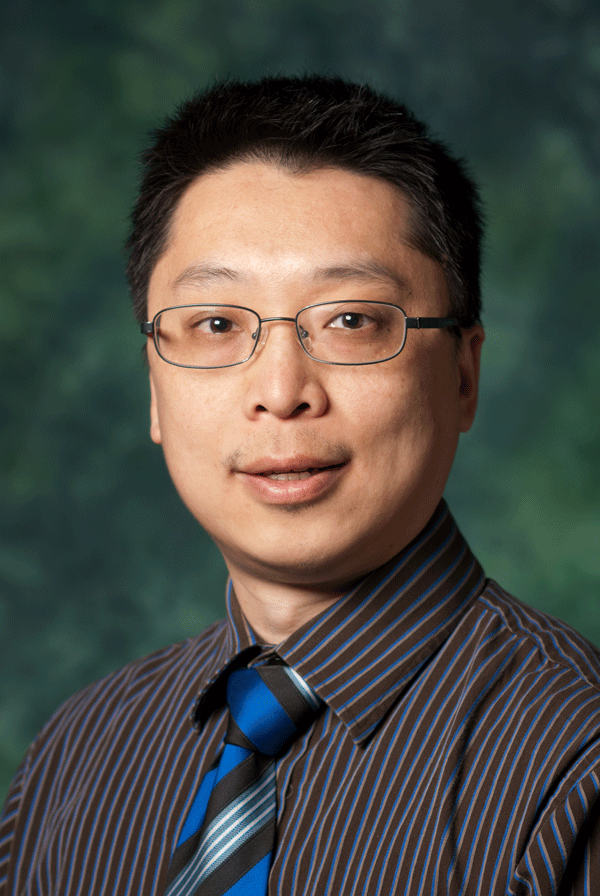 Maurizio Manzo and Zhenhua Huang, researchers in UNT’s Department of Mechanical Engineering, are using a grant from the Texas Department of Transportation's (TxDOT) Research and Implementation Division to solve a common problem that affects safety on the roads – road striping. Changing the yellow or white lines is not a simple task for highway departments.

“Effectively eliminating old road striping is important for safety,” Huang says. “Not only are stripes often removed during construction processes, but they also often fade on roads and highways and cause accidents.”

Many of the methods currently used can cause major safety concerns because various striping patterns can appear on the road under different light conditions. And when black-out wears off the current surface, the sun can create the illusion that it is the current striping. It is critical that drivers know which lines to follow.

“There is a level of scarring, also called ghosting that many of us have witnessed while driving,” Manzo says. “Drivers see the ghosted stripe on the road and follow it, which can lead to accidents.”

The goal of Manzo and Huang’s project – which uses thermal ablation through lasers that will attach to TxDOT trucks to clean the paint off the roadway quickly and completely – is to find an economic way to eliminate existing striping. Through this solution technology, the duo believes their method will have less environmental impact and be faster – depending on the material used – than conventional methods.

The team surveyed highway departments across the country to learn which removal methods were currently being used for which types of striping, the ease of use and their environmental impacts. They learned that current methods to remove the stripes – using expensive and destructive mechanical methods such as grinding using a metal blade, water blasting or less-permanent methods such as blacking out the stripes – have negative impacts on motorists and significant drawbacks.

“Grinding causes significant dust leaving surface damage and ghosting, and the water blasting method is less effective for removing thick markings and is very expensive,” Manzo says. “Post-process, both have limitations about the type of striping materials and road surface type that they can be used with effectively for safety reasons.”

As part of the research team’s $288,000 grant from TxDOT, they will perform lab testing this summer at the Photonics Micro-Devices Fabrication Lab at UNT, with field testing to begin in the fall in preparation to deliver a prototype to TxDOT. Manzo and Huang plan to continue their research by working to develop artificial intelligence to allow a computer in the stripe-removing equipment to identify the type of striping on the roadway and automatically adjuct for how strong the laser should be.

“The biggest concern is safety on the road,” Manzo says.